Democratic presidential candidate and former Vice President Joe Biden has released a package of progressive tax reforms that he says would raise $3.2 trillion over 10 years to invest in expanded health care coverage, a climate and infrastructure plan, and a higher education proposal.

Biden’s tax plan would raise rates on the wealthy and corporations and close loopholes they use to avoid paying their fair share, then use that money to invest in vital services working families need to get by and get ahead. Importantly, he would address the taxation of wealth through capital-gains tax reforms and curb offshore tax dodging by big corporations. Tackling both issues is crucial to creating an economy that works for all Americans, not just those at the top.

Biden would tax capital gains and dividends as ordinary income for taxpayers with more than $1 million in income, which he estimates would raise $800 billion. He would also end the scandal of profitable corporate titans like Amazon paying nothing in federal income taxes by setting a minimum tax on the nation’s largest corporations based on the profits they report to their investors. That reform would raise $400 billion.

In all, Biden says his tax plan would raise $3.2 trillion over 10 years and would pay for his $1.7 trillion climate and infrastructure plan, a $750 billion health care plan and a $750 billion higher education proposal.

Among other sources for his plan, Biden cites an Americans for Tax Fairness report released in April entitled Fair Taxes Now: Revenue Options for A Fair Tax System. It’s a comprehensive menu of 40 progressive tax reform options that would raise up to $10 trillion.

“Our country faces many critical unmet needs,” said Frank Clemente, executive director of Americans for Tax Fairness Action Fund. “Health care is too expensive and covers too few. Our roads and bridges are crumbling. Our education system is failing too many students and leaving them with massive debt. And the climate emergency is growing more alarming every day. On top of that, there is a huge gulf between the rich and everyone else.

“To address these needs, we need to create a Fair Share Tax System that raises trillions of dollars of new revenue,” he said. “That means asking those who can most afford it to contribute more. Joe Biden’s plan recognizes, like our report did, that there are many options to raise needed revenue by asking the wealthy and corporations to pay their fair share.” 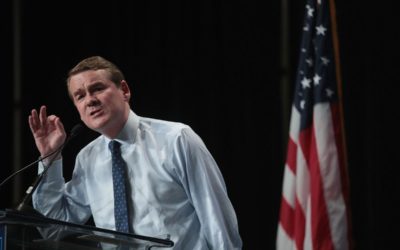