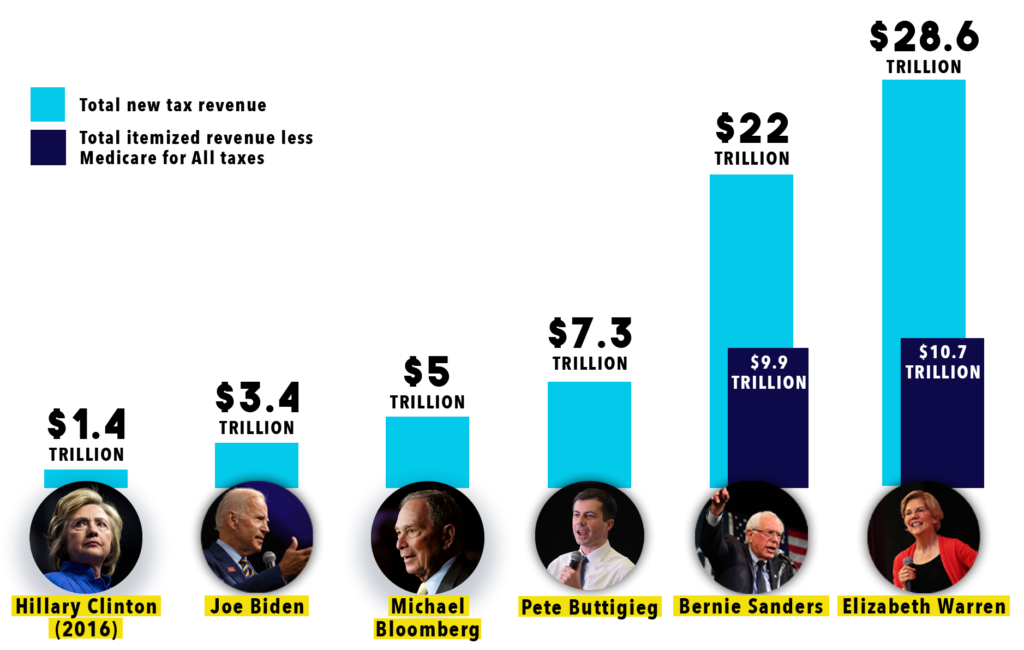 WASHINGTON, D.C.—Five leading candidates for the Democratic presidential nomination who have announced revenue and investment plans are proposing much more robust plans than Hillary Clinton offered in 2016, showing how far the debate has shifted in the progressive direction in four years. Like Clinton, they would all raise taxes almost exclusively on the wealthy and corporations to improve public services working families rely on like healthcare, education, and infrastructure.

A summary of the tax and investment plans is in the table below, with a full presentation here, along with links to the elements and sources of the plans of Senators Warren and Sanders, Pete Buttigieg, Joe Biden and Michael Bloomberg. 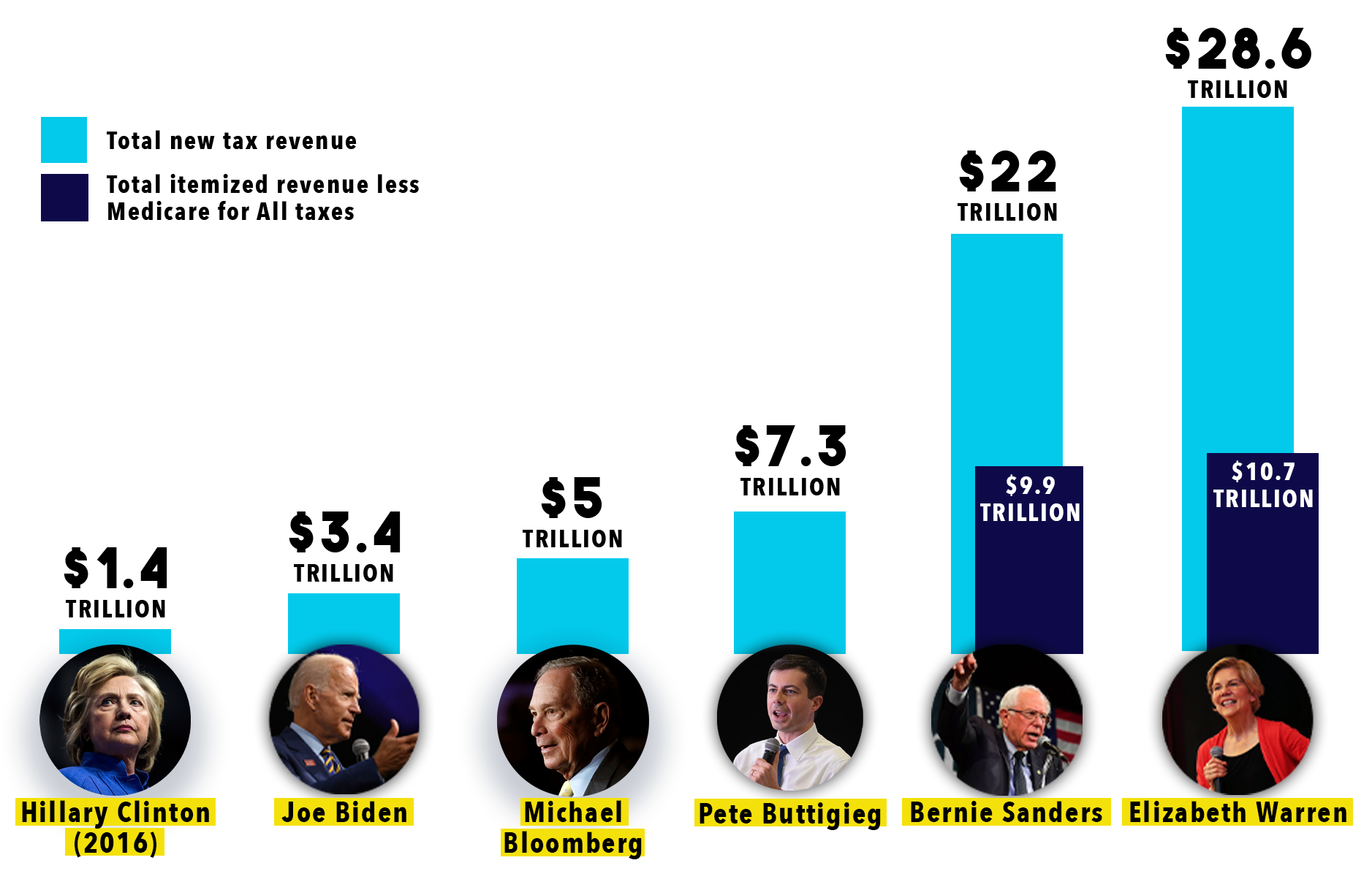 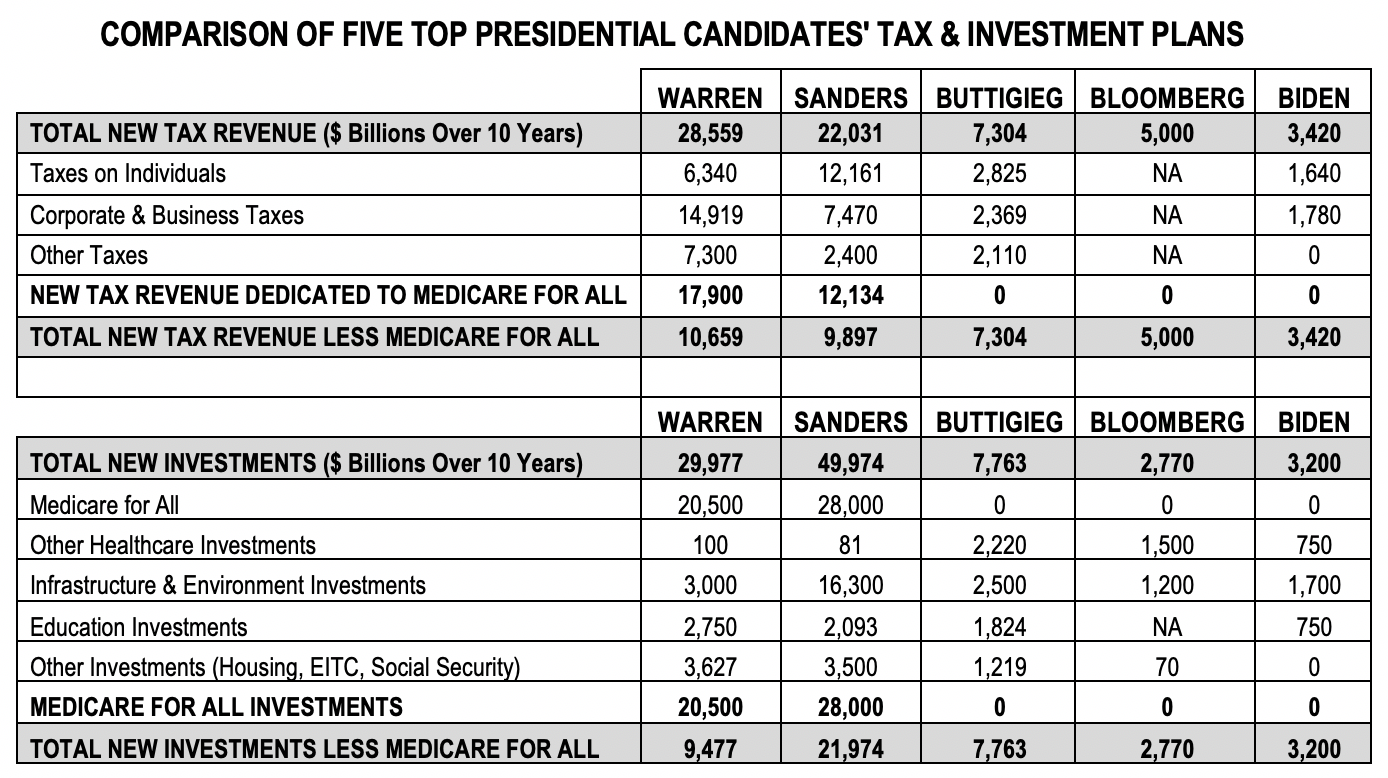 This universal embrace of progressive tax and spending policies by top Democratic presidential candidates—and the complete rejection it represents of the trickle-down tax cuts and austerity budgeting of the past 40 years—heralds a historic shift in American politics that deserves broad coverage and in-depth analysis.

“The Democratic presidential field is simply responding to what the people want,“ said Frank Clemente, executive director of Americans for Tax Fairness Action Fund. “Polls consistently show the American public believes the rich and corporations need to start paying their fair share of taxes. It’s also clear our nation needs big investments in healthcare, education, the environment, infrastructure and more to properly meet the challenges of the 21st century. These bold tax-and-investment plans answer both needs.”

Among the specific tax proposals common to the leading Democratic hopefuls:

In conjunction with tonight’s debate ahead of the New Hampshire primary next Tuesday, we urge you to question all of the candidates closely about this stunning change in political philosophy and strategy, and to prepare stories that explain it to America’s voters.