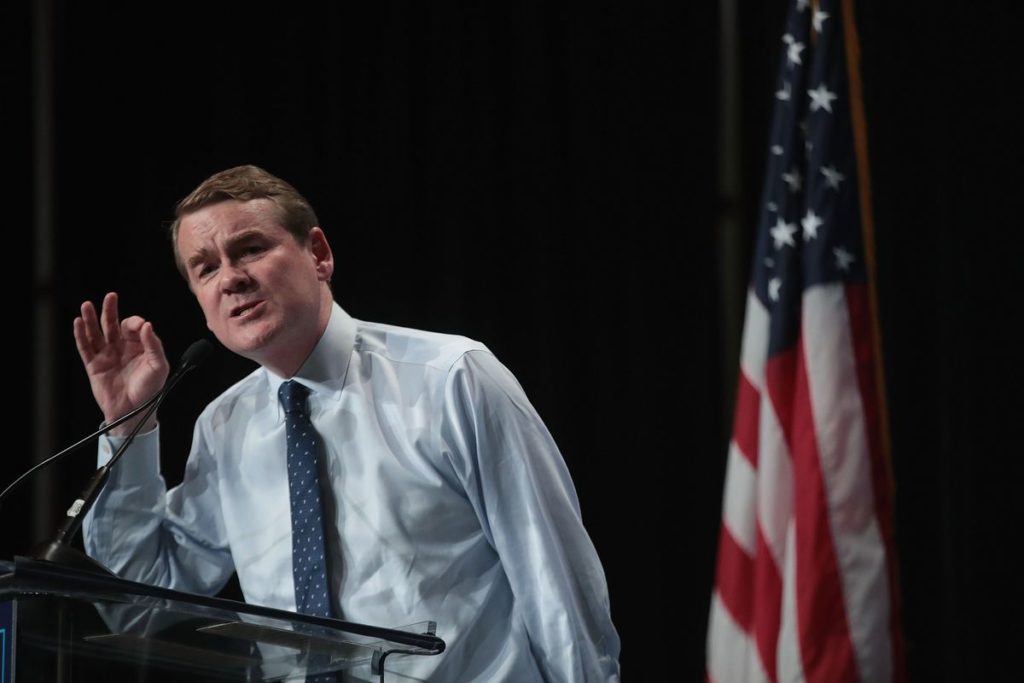 $5.2 Trillion in New Tax Revenues from the Rich and Corporations Makes Colorado Senator’s Proposal the Third Most Ambitious, After Only Sens. Sanders And Warren

Bennet’s “The Real Deal” plan would raise rates on the wealthy and corporations and close loopholes they use to avoid paying their fair share of taxes. His proposals include: taxing wealth like work by equalizing investment tax rates with rates on regular (mostly wage and salary) income and taxing that investment income every year; ending a break that allows wealthy heirs to avoid capital gains taxes; repealing the 20% deduction on pass-through business income, which he notes is a giveaway to “the super rich” since over half the benefit goes to the top 1%; restoring the former top individual rate of 39.6% and adding a new 44% rate for the highest incomes; and raising the corporate income tax rate to 28%, from 21%. (See chart below.)

While far below the revenue and spending proposed by Sens. Sanders and Warren (with or without including the cost of Medicare for All), Bennet’s revenue goal of $5.2 trillion is still the third highest so far in the Democratic presidential field, significantly larger than the $3.4 trillion proposed so far by both former Vice President Joe Biden and South Bend, Ind., mayor Pete Buttigieg. These estimates are based on a forthcoming analysis by Americans for Tax Fairness Action Fund and current figures compiled on its presidential candidates webpage.

“Sen. Bennet’s aggressive, progressive tax and investment plan proves once again that demanding the wealthy and corporations pay their fair share so we can protect and expand vital public services is not only good policy, but good politics,” said Frank Clemente, executive director of Americans for Tax Fairness Action Fund. “He’s recognized that American voters of every political stripe want a fair share tax system that helps create an economy that works for all of us, not just those at the top.”

Bennet would invest the greater tax revenue raised from the wealthy and corporations in improved working-family tax credits, including a higher Child Tax Credit and an expansion of the Earned Income Tax Credit for workers without children at home; universal preschool for 3- and 4-year-olds; skills training for people who don’t graduate from college; a public-health-insurance option called Medicare-X; an aggressive response to the climate crisis; driving the creation of more than 7 million new, affordable homes and providing rental supports to working families; making a four-year public-college degree affordable for every middle-class American and debt-free for families with incomes below $75,000 per year; and restoring America’s crumbling infrastructure. 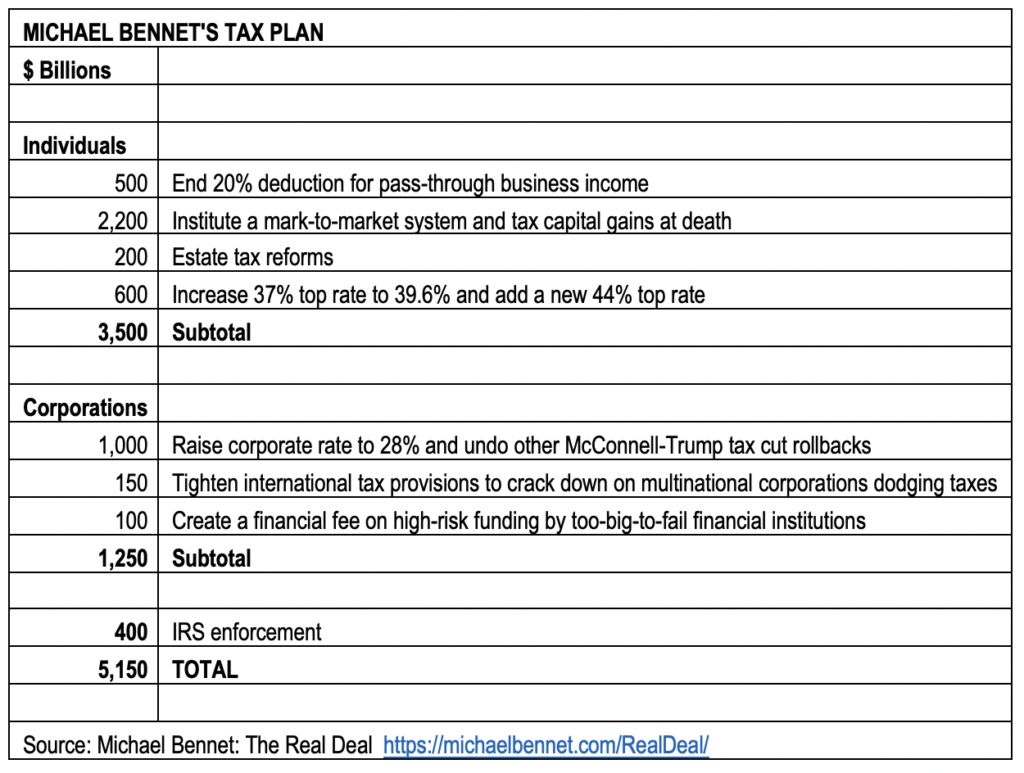