THE WALL STREET BANKS/BRUCE POLIQUIN BROMANCE EXPLAINED: HE VOTED TO GIVE THEM BILLIONS IN TAX RELIEF 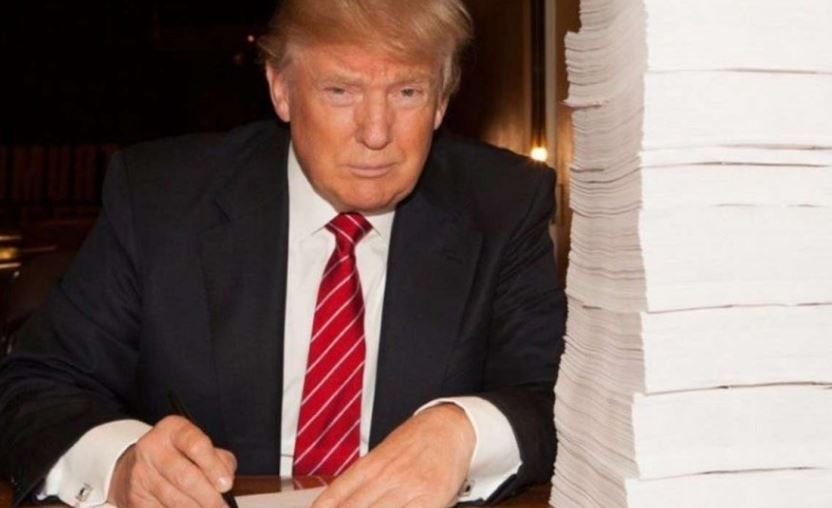 WASHINGTON, D.C. – America’s big Wall Street banks are taking the early and unusual step of jumping into Maine’s Second Congressional District race to help their friend Republican Rep. Bruce Poliquin in his reelection bid. Why? Because his vote in favor of the Trump-GOP tax cuts showered the big banks with billions of dollars in tax breaks, and his votes for anti-consumer banking legislation pleased the CEOs and wealthy shareholders of Wall Street’s biggest banks.

The American Bankers Association, the largest financial interest group in the U.S., is airing a new TV ad to help re-elect Poliquin who, as a member of the House Financial Services Committee, voted to advance every bill favored by the banking lobby group, including the Trump-GOP tax cut bill. According to an analysis of corporate filings and other data by Americans for Tax Fairness, the nation’s Big 6 Wall Street banks—Bank of America, Citigroup, Goldman Sachs, JP Morgan Chase, Morgan Stanley, and Wells Fargo—are among the biggest winners from the tax cuts.

In just the first six months of 2018, the Big 6 received a tax-cut windfall of nearly $6.2 billion. If this trend continues, they will get a total tax cut of $12.3 billion for the whole year. [See table below] Yet only Bank of America, JP Morgan Chase, and Wells Fargo have announced plans to pass along any of that bounty to their employees. The $550 million in estimated one-time bonuses and wage increases represent only a small fraction of the industry’s tax savings, and they pale in comparison to what the banks are showering on their shareholders and executives.

Although supporters of the tax cut law promised it would boost worker paychecks, the big banks are instead paying out $93 billion to their wealthy CEOs and shareholders through stock buybacks over the next year, as they own most corporate stock. That’s 169 times more than the $550 million in pay hikes to workers by the three of six banks.

“Bruce Poliquin’s record shows he’s on the side of Wall Street banks and big corporations instead of working families in Maine,” said Amy Halsted, co-director of Maine People’s Alliance. “And now they’re rewarding him by spending tens of thousands of dollars in TV ads to make sure one of their most valuable assets keeps his seat in Congress.”

Along with the Trump-GOP tax cuts, Poliquin voted in committee and later in the full House to gut the Dodd-Frank Wall Street Reform and Consumer Protection bill that was adopted after the financial crisis that caused $6 to $14 trillion in economic losses in the U.S. alone, cost millions of jobs and led to millions of American families losing their homes. The big Wall Street banks that are now openly supporting Poliquin caused the crisis by taking irresponsible risks, using deceptive and fraudulent practices to sell “toxic” mortgage securities to investors and exploiting home buyers through exploitative mortgage loans. Yet they were bailed out by the government—to the tune of $160 billion for the Big 6—and their executives paid no personal price.

But they did face tighter regulations to prevent future financial meltdowns, regulations that Poliquin opposed.

“The Trump-GOP tax cuts cost nearly $2 trillion, which has exploded the nation’s debt,” said Frank Clemente, executive director of Americans for Tax Fairness Action Fund. “Now Poliquin’s Republican leaders in Congress are using that as an excuse to slash Medicare, Medicaid, Social Security and other vital services. Instead, we need strong action to deal with the overpricing of prescription drugs and relief from high health insurance premiums. But Poliquin thinks it’s the big Wall Street banks that need relief from paying their fair share of taxes.”

Sources/Notes:
a) 1st and 2nd Quarter tax savings: Savings estimates for each bank represent the difference between what it would have owed in taxes in the 1st and 2nd quarters of 2018 if its effective tax rate from the corresponding quarter in 2017 was applied to its 2018 earnings, and its reported tax liability for the first two quarters of 2018. The tax savings for Goldman Sachs for the 1st quarter was estimated by The Wall Street Journal and made adjustments for tax benefits related to employee stock awards. The estimates for the other five banks are from the Institute on Taxation and Economic Policy (ITEP). 2nd quarter tax savings estimates are calculated by ATF based on the earnings and tax liability reported by the banks in their 2nd quarter earnings releases.
b) 2018 tax savings are estimated by multiplying the aggregate tax savings for the first two quarters by two.
c) Planned stock buybacks are from the companies’ 2018 Capital Plans submitted to the Federal Reserve and cover the 3rd quarter of 2018 to the second quarter of 2019.
d) Cost of worker bonuses and pay increases are estimated by ATF. See details and methodology on TrumpTaxCutTruths.org.
e) CEO Pay data from Institute for Policy Studies and Public Citizen, “CEO-Worker Pay Ratios in the Banking Industry.”