The New York Times expose of Donald Trump’s tax-paying history is about more than the questionable moral and legal choices of the president, as important as those are. It also reveals how rigged the tax system is in favor of the wealthy, especially those in real estate; the fragility of Trump’s finances; and the threat his perilous condition poses to U.S. national security.

This memo covers these issues, explains key features of Joe Biden’s tax plan, and reviews the effects of the Trump-GOP tax cuts on the pre-pandemic economy. We urge you to write a column that encompasses these issues to educate citizens as they vote this fall.

How Trump’s Tax-Paying Record Compares to Others

Only for a few years in that 18-year period—in the first decade of the century, when his TV show, “The Apprentice,” was at the height of its success—did Trump pay substantial federal income taxes. But he soon clawed all that money back (plus interest) by filing for, and receiving, a $73 million refund. The I.R.S. has been auditing the legitimacy of that refund ever since.

Trump’s Tax Returns Show He May be Breaking the Law

According to the Times, Trump wrote off as business expenses such personal costs as the:

Donald Trump’s businesses are failing, and his huge debts may pose a significant conflict of interest and a potential national security threat. As the Times reports, Trump “is personally responsible for loans and other debts totaling $421 million, with most of it coming due within four years.” It is not clear to whom this money is owed or what leverage they have over Trump. Experts say that level of debt might block security clearance for most federal employees.

Biden’s tax plan would repeal or modify several key provisions of the nearly $2 trillion Trump-GOP tax cuts, which mostly benefited the rich and major corporations. It would make the tax system and the overall economy much fairer by closing loopholes and increasing taxes on the rich and corporations, and raising $4 trillion to improve public services, strengthen Social Security, and make new investments to build an economy that works better for everyone.

Biden’s plan would not directly tax any household making less than $400,000 a year, a point confirmed by PolitiFact, FactCheck.org and the Washington Post’s Fact Checker. Moody’s Analytics recently declared the Biden plan would be better for the economy—and add 7.4 million more jobs—than Trump’s tax-cuts-for-the-rich, trickle-down policies.

Among Biden’s most important reforms are:

Effect of the Trump-GOP Tax Cuts on the Economy

The president brags that he had created the “best economy in history,” which was due significantly to his tax cuts. However, even before the pandemic, Trump’s tax cuts had failed to fulfill their promises, as detailed in this Chartbook:

Economic Response to the Pandemic: Six months after the CARES Act, Trump and the Senate have still failed to pass a serious follow-up coronavirus aid bill, despite millions falling ill and losing health insurance, and tens of millions jobless and hungry. In those same six months, roughly 650 billionaires collectively got $845 billion richer, a nearly 30% leap in wealth. Regular workers did not fare as well. From mid-March to mid-August, the collective work income of rank-and-file private-sector employees—all hours worked times the hourly wages of the entire bottom 82% of the workforce—declined by 4.4.%, according to Bureau of Labor Statistics data. 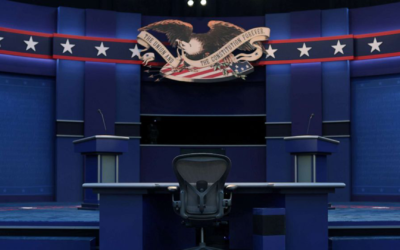 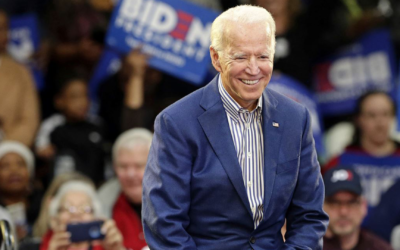 While billionaire Trump was dodging taxes, ‘Regular Joe’ Biden was paying his every year