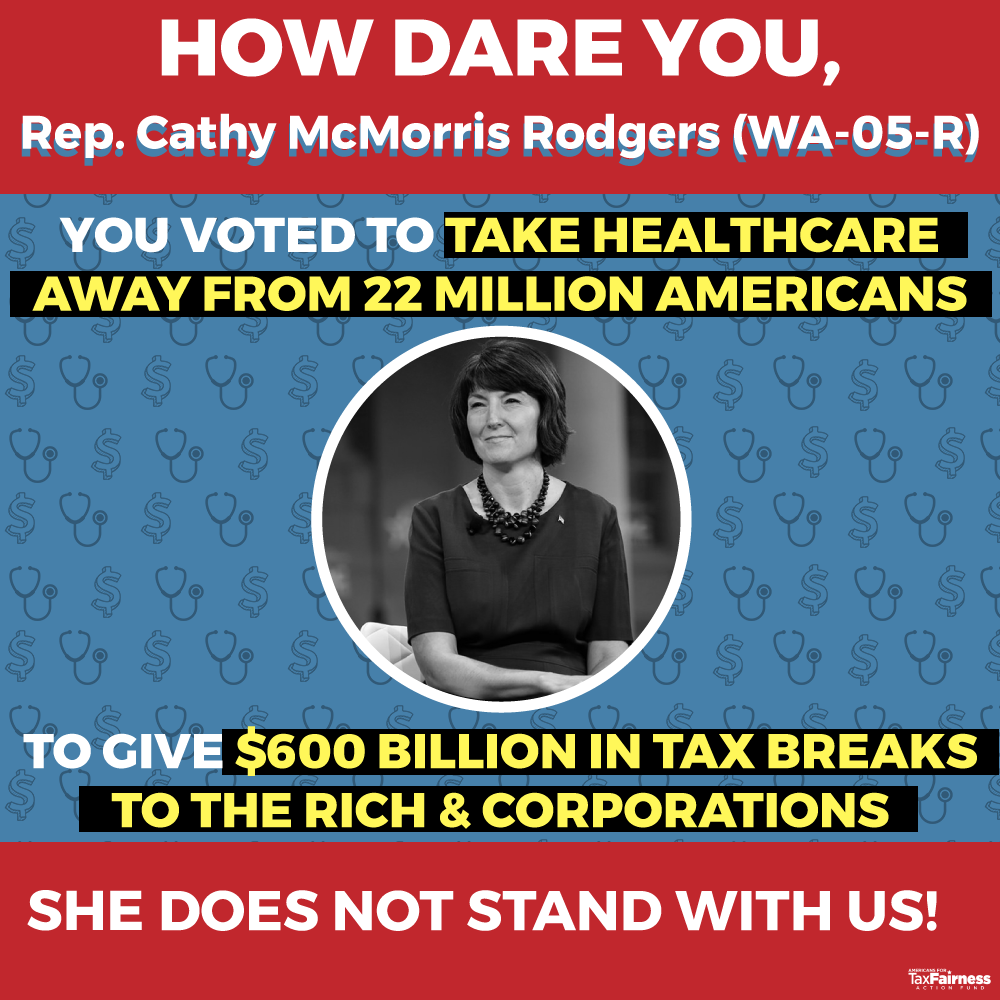 The three graphic images below are customized for Sen. Dean Heller and U.S. Representatives in more than 30 congressional districts. 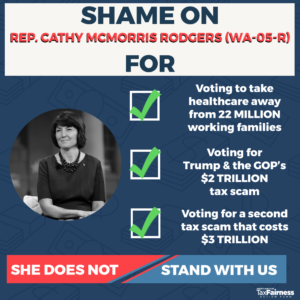 Instead of strengthening and protecting working family priorities such as Social Security, Medicare, Medicaid and education, Rep. [Last Name] first voted to take healthcare away from 22 MILLION Americans by trying to repeal the Affordable Care Act. Then he gave a tax cut costing $2 TRILLION that mostly benefits the rich and big corporations. Then he voted to give EVEN MORE tax breaks favoring the rich that cost $3 TRILLION.

These votes show Rep. [Last Name] does not stand with us. Shame on [her/him]! 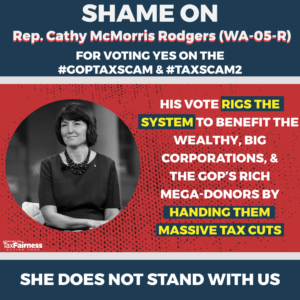 By voting for the #GOPTaxScam last year and its sequel — #TaxScam2 this year [@Rep’ Name] is rigging the system to favor the wealthy, big corporations and the GOP’s rich mega-donors over the needs of working families.

Last Name’s] votes are meant to line the pockets of the wealthy and big corporations and now endanger Social Security, Medicaid, Medicare and other vital services. [He/She] does not stand with us.

By voting for the #GOPTaxScam & #TaxScam2, [@Rep Name] is rigging the system to favor the rich, big corps & the GOP’s mega-donors over the needs of working families. 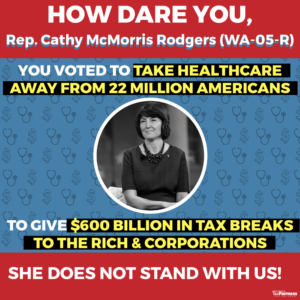 Last year, [@Rep’s Name] voted to repeal the Affordable Care Act, taking healthcare away from 22 MILLION Americans! Why? To help give the rich and big corporations, including Rx drug corps and health insurers, $600 BILLION in tax breaks.

Working families need healthcare to survive. How dare [Rep. last name] try to take it away just to line the pockets’ of the wealthy and big corporations. Clearly, [he/she] does not stand with us.

People need healthcare to survive. How dare [he/she] try to take it away to line the pockets’ of the rich & big corps. #TakeItBack