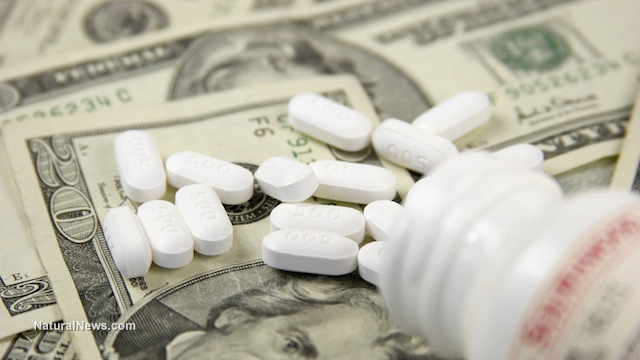 On Tax Day 2018, health care and other vital public services are much less secure for America’s working families due to $1.5 trillion in tax cuts enacted late last year by President Trump and the Republican Congress.

The Trump-GOP tax cuts put the interests of the wealthy and corporations over those of working families and local communities:

Prescription drug companies and health insurers will reap tens of billions of dollars in tax savings under the new tax law, but few are sharing the wealth with their workers, and none are planning to cut their drug or insurance prices:

To pay for their $1.5 trillion in tax cuts that mostly benefit the wealthy and corporations, President Trump and the GOP Congress have targeted vital public programs, particularly health care, for service reductions:

The Congressional Budget Office, a non-partisan scorekeeper, now reports that the tax cuts will add $1.9 trillion to the deficit—nearly one-third more than the $1.5 trillion estimated when the tax law was approved in December. This is close to the $1.7 trillion cut to Medicaid, Medicare, Social Security disability programs, SNAP and more proposed in Trump’s budget.

Recently, the House of Representatives voted 233 to 184 in favor of a “balanced budget” amendment to the U.S. Constitution that’s anything but balanced: it would make cutting services for working families the only practical way of eliminating budget deficits. Increasing revenues—such as by repealing last year’s tax cuts for the wealthy and corporations—would be very difficult with Trump and Republicans in charge. Fortunately, it failed due to the need for a supermajority of 290 votes to pass.

We need a different direction.  We call on our members of Congress to:

Following is an explanation of how the Trump-GOP tax cuts and budget cuts will benefit wealthy families and large corporations while hurting working families.