The ATFAF website that tracks the tax plans of 22 Democratic candidates now includes more proposals for higher individual and corporate tax rates, carbon taxes, a “war tax,” a pharmaceutical tax and more. A summary table of all candidates’ positions is here.

“It’s encouraging to not only see how candidates intend to address urgent needs facing this country, but also how they intend to pay for their proposals, mostly by raising taxes on the wealthy and big corporations that benefited so greatly from the Trump-GOP tax cuts,” said Frank Clemente, executive director of Americans for Tax Fairness Action Fund. “It shows that all the candidates are committed to a fairer, more equitable tax system that right now is rigged in favor of the rich and powerful.”

“It’s exciting to see that so many candidates want to take on the outrageous wealth divide in America, which is devastating to African American and Latino families, by equalizing the tax rates on investment income and wages and salaries,” said Clemente. “This appears to be priority one for the candidates.”

The ATF Action Fund presidential tax plan website presents the information voters need to evaluate each candidate’s tax and spending proposals and compare them to those of others. The website will be regularly updated as campaigns release new tax and investment proposals.

Americans for Tax Fairness Action Fund is a fiscally sponsored project of the Sixteen Thirty Fund, a section 501(c)(4) non-profit organization. ATFAF is related to but should not be confused with Americans for Tax Fairness, which is a project of the New Venture Fund—a section 501(c)(3) non-profit organization. 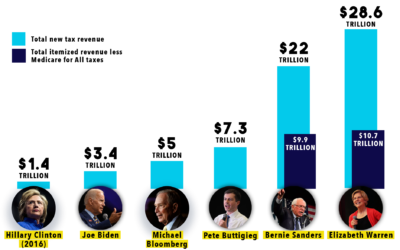